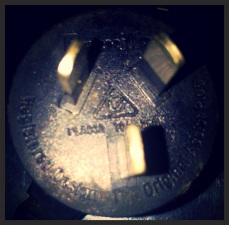 I thought I’d make this post very short. Of course, we can go into detail regarding electrical safety, however, the below two are a good start to go by:

Have fun and be safe in the kitchen!

Be Safe in the Kitchen!

The above is a photo of olives which I have cured, marinated and preserved, for later enjoyment (once the flavours develop). One crucial step, which I will never miss, would be to sterilise the preserving jars beforehand.

Sterilising jars prior to filling with food, is crucial and beneficial. The benefits include, but are not limited to, the following:

– Your food will keep for much longer.

– Your food will have been handled correctly.

– Your food may be safe for consumption i.e. food will not be contaminated with bacteria.

There are many different methods to use in order to sterilise your glass jars, prior to using. I like to grab a large pot, fill it up 3/4 with cool water, then place the jar back into the large pot. Once the jar has started to boil for 12 minutes, then you are ready to place your jar into a hot oven, for approximately 3 minutes, or however long it takes to evaporate any residual water off the jar.

Stay safe in the kitchen!

Today, I was reacquainted with one of my favourite Australian TV Chefs! He’s is Aussie! He is great! His food tastes AMAZING! He is such a nice person, who makes time to talk to everyone! He even let me prep some corn for him! The last time I saw Fast Ed, was back in October 2010: four and a half years later, today, I saw him again!

I was fortunate enough to have a conversation with him today! I asked him: “How old were you when you started cooking?” He replied: “I was fourteen and worked in a cafe.” I told him how I was five when I first started cooking, however, there was a massive hole in the middle of the pizza! We both then joked, saying it was a ‘holy dough’ or a ‘dough with a hole in it.’ There was even a Dad’s joke coming from an old man today, to which Fast Ed appreciated.

Today, I took my Mum with me, as we both love cooking. Her and I both had an absolute blast and loved every second of today! I had my very first ‘Fast Ed’ Cook Book signed by him today, I was fortunate enough to help him out in the kitchen, I had lunch cooked for me, as did everyone else, then I was fortunate enough to ask Fast Ed some questions! Could my day get any better? No way! 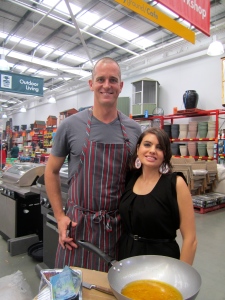 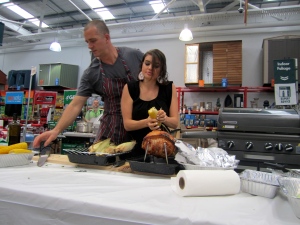 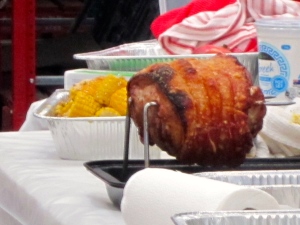 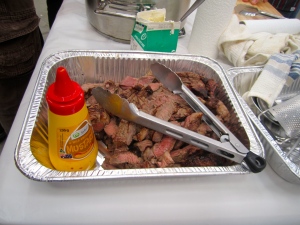 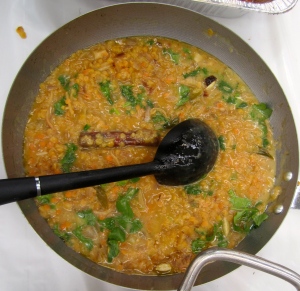 Fast Ed’s very flavourful BBQ Lamb (the one next to the Corn):

Furthermore, Fast Ed has a wealth of knowledge and passed down some very handy cooking tips:

– When BBQ’ing or grilling, never occupy more than half to two-thirds of your grill plate, in order to ensure there are hot sections left on the grill for you to turn your meat over and cook at a high temperature.

– When cooking meat, you want to cook for the shortest amount of time possible, on the highest heat (depending on your cut of meat), in order to ensure your meat stays moist and doesn’t dry out.

– Use semolina flour in your scones mixture, for extra crunch.

– When you’re making your scone mixture, you should aim to put 2% of salt to your flour ratio. This means, if you put 1 kilo of flour in the mixture, you’ll need to put 20 grams of salt. If you’re making cheesy-scones, you won’t need to add much salt, since there is salt in the cheese.

– Lemon juice can positively react with the ingredients in the scone mixture, creating an even greater lift to your scones, which makes them even more effective at rising.

– If you don’t have an industrial-sized mixing bowl and you need to cook for a tribe, grab a large plastic container for $3!

– Use a small paring knife to remove the bone from your roast lamb, instead of paying a massive amount for filleted lamb.

– You should always score your meat prior to cooking and seasoning, for two reasons. 1: The scoring helps to ensure uniform cooking, due to more surface area of the meat being exposed. 2: To tenderise and flavour: scoring allows the flavours to absorb deeper into the flesh, for added flavour.

– There is no need to buy fancy salts, since it is better for you to use regular salt.

N.B. I’m sure there were many other tips he mentioned today, however, these were the main ones I remembered!

Have Fun in the kitchen!